It is amazing how many places there are to explore
right under your nose, if you open your eyes!

Now I have actually been here a few times
in the years passed, but have not been back for quite some time
and the whole place has changed quite a bit...

Much as the name depicts,
the restaurant and bar have a uniquely Cuban theme...

This is the bar side of the restaurant
which has a uniquely designed
"beach style" theme... 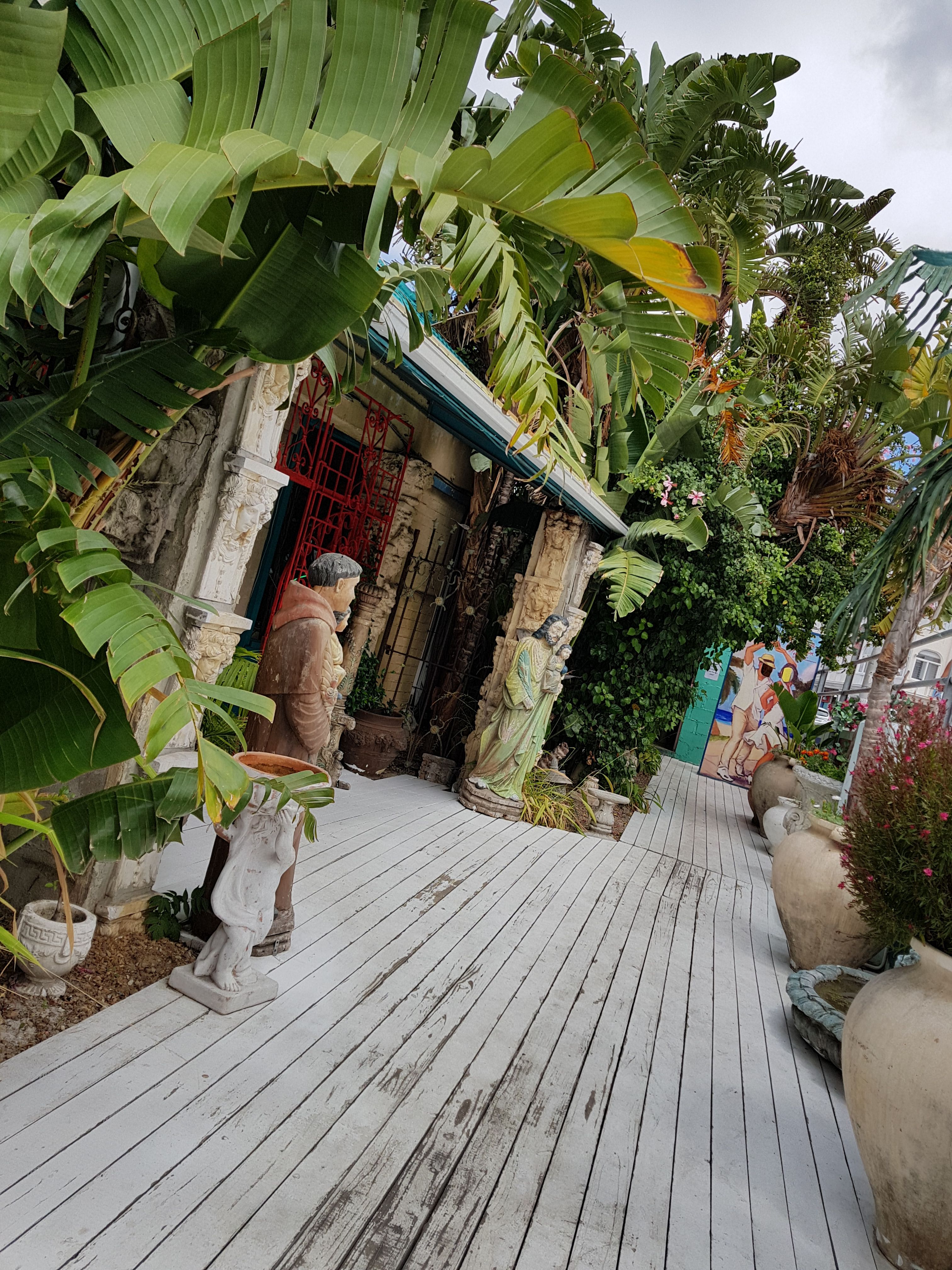 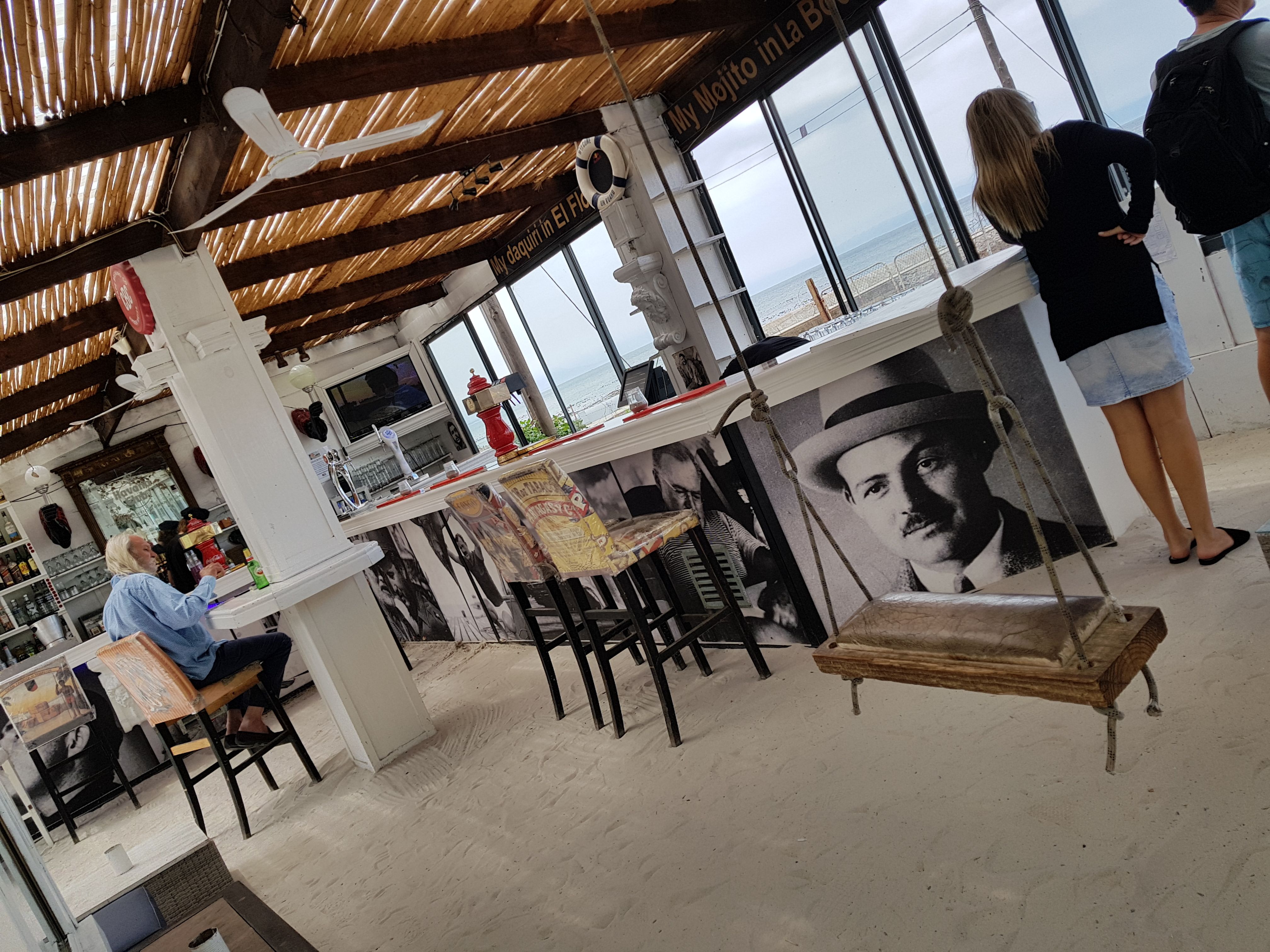 However, we were headed over to the restaurant
for some delicious Cuban flavours!

As I seem to be making a habit of recently,
I once again got lost in the restaurant itself
for about 20 minutes,
simply photographing all of the decor! 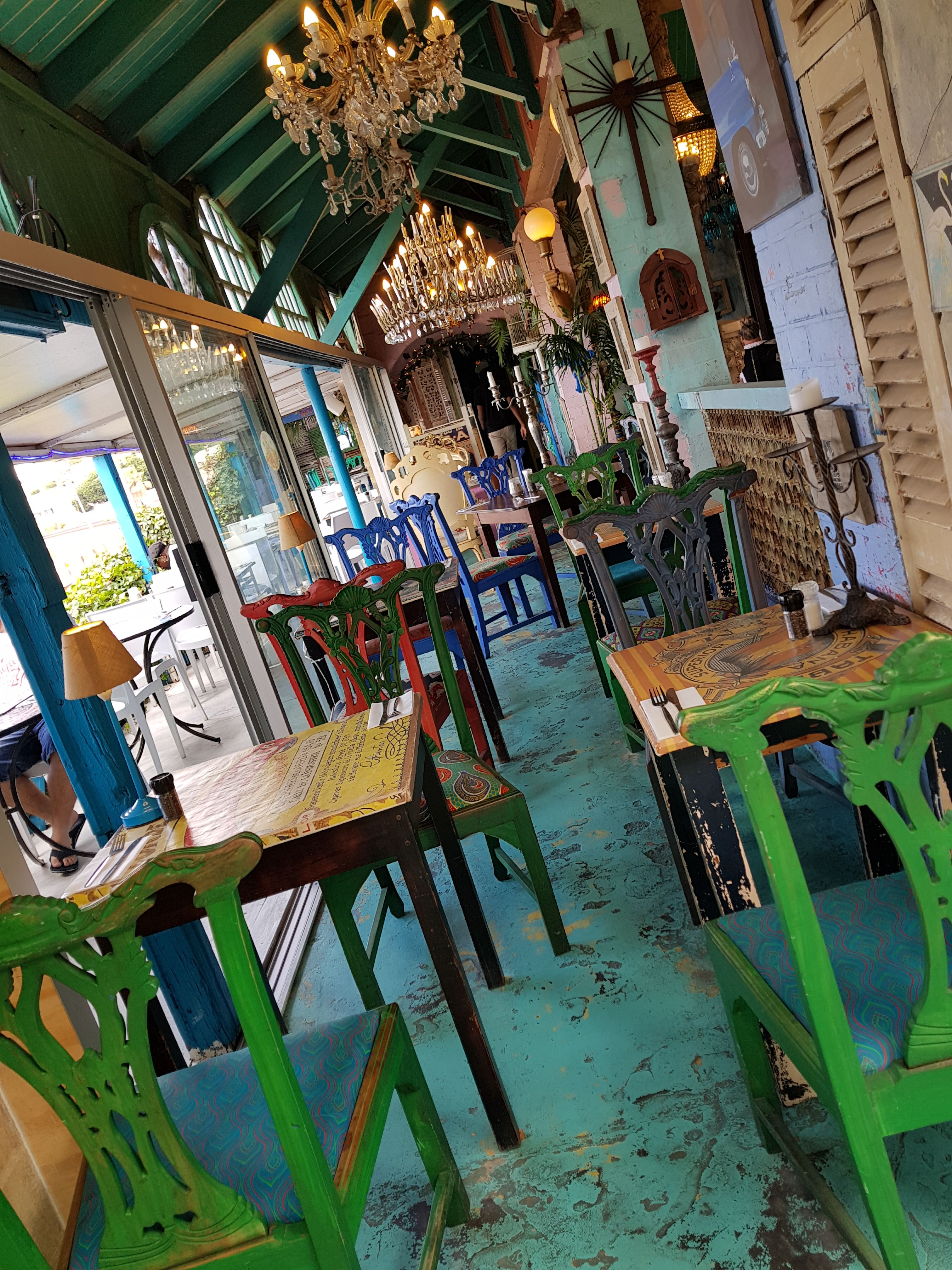 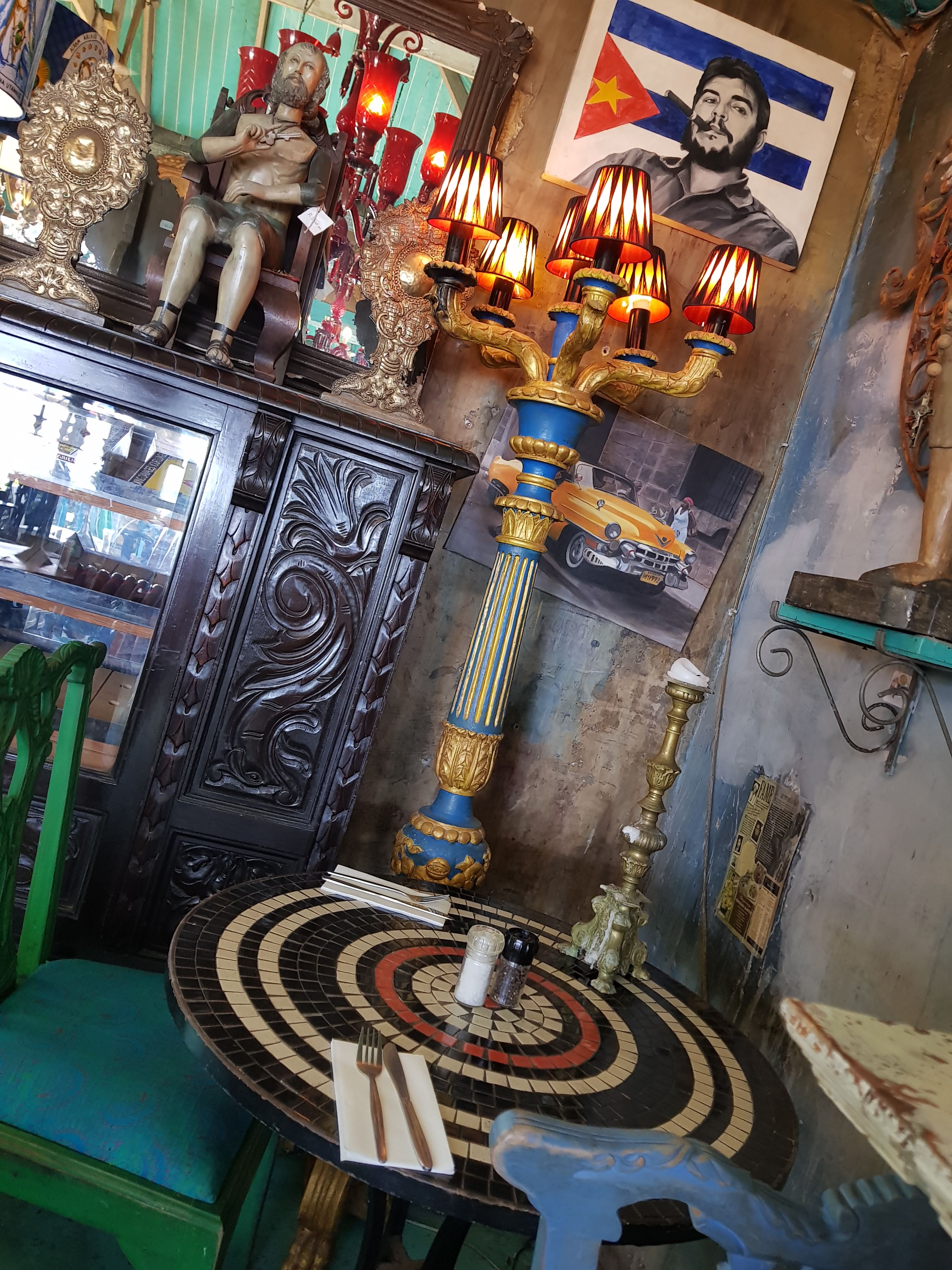 When I eventually got to sit down at the table,
it was time for some...
(no points for guessing...)
WINE! YAY! haha!

We were seated right on the boundary of the restaurant,
which is RIGHT next the the railway line
and overlooking the harbour!

It really is a completely priceless environment to relax in... 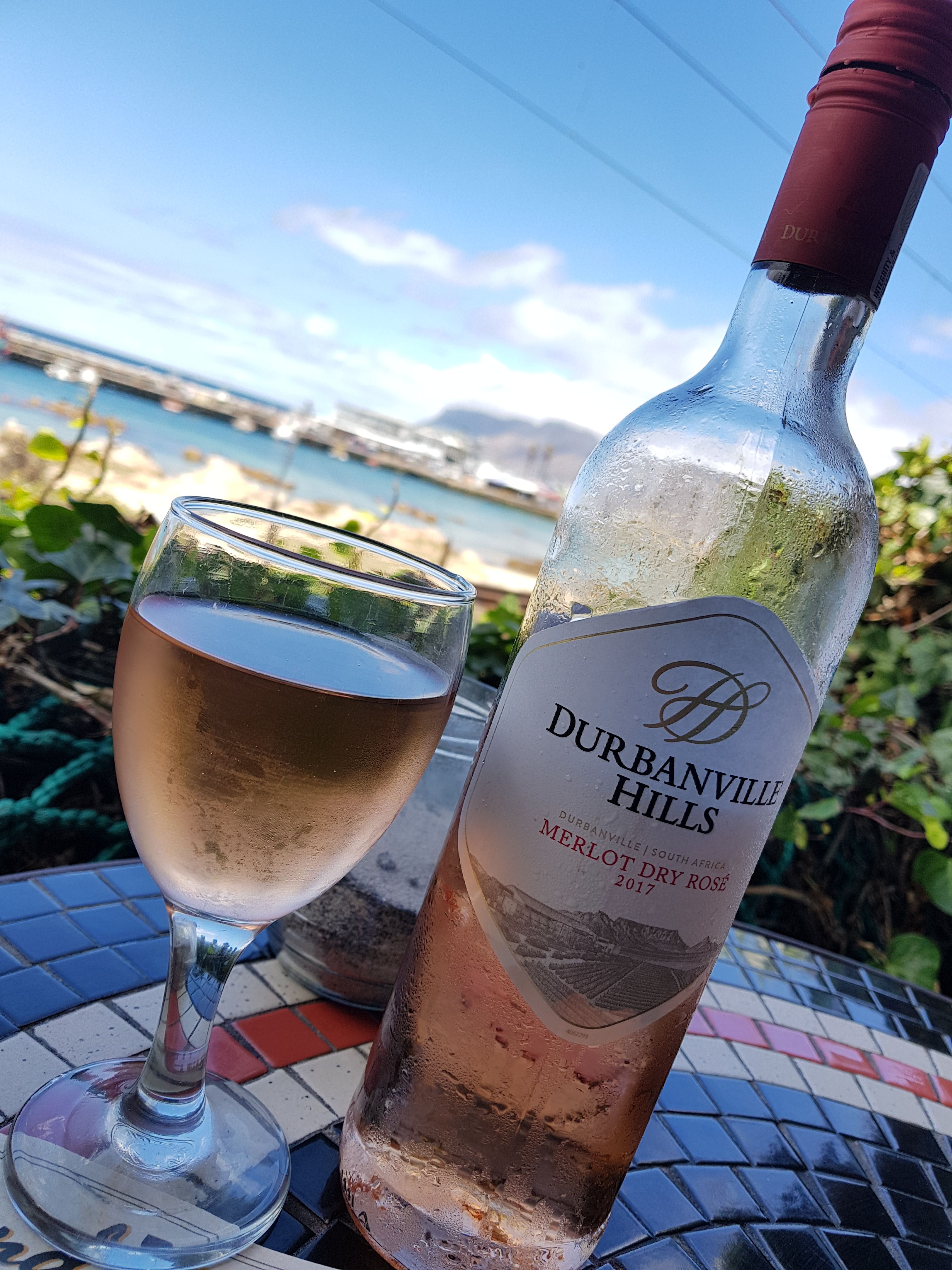 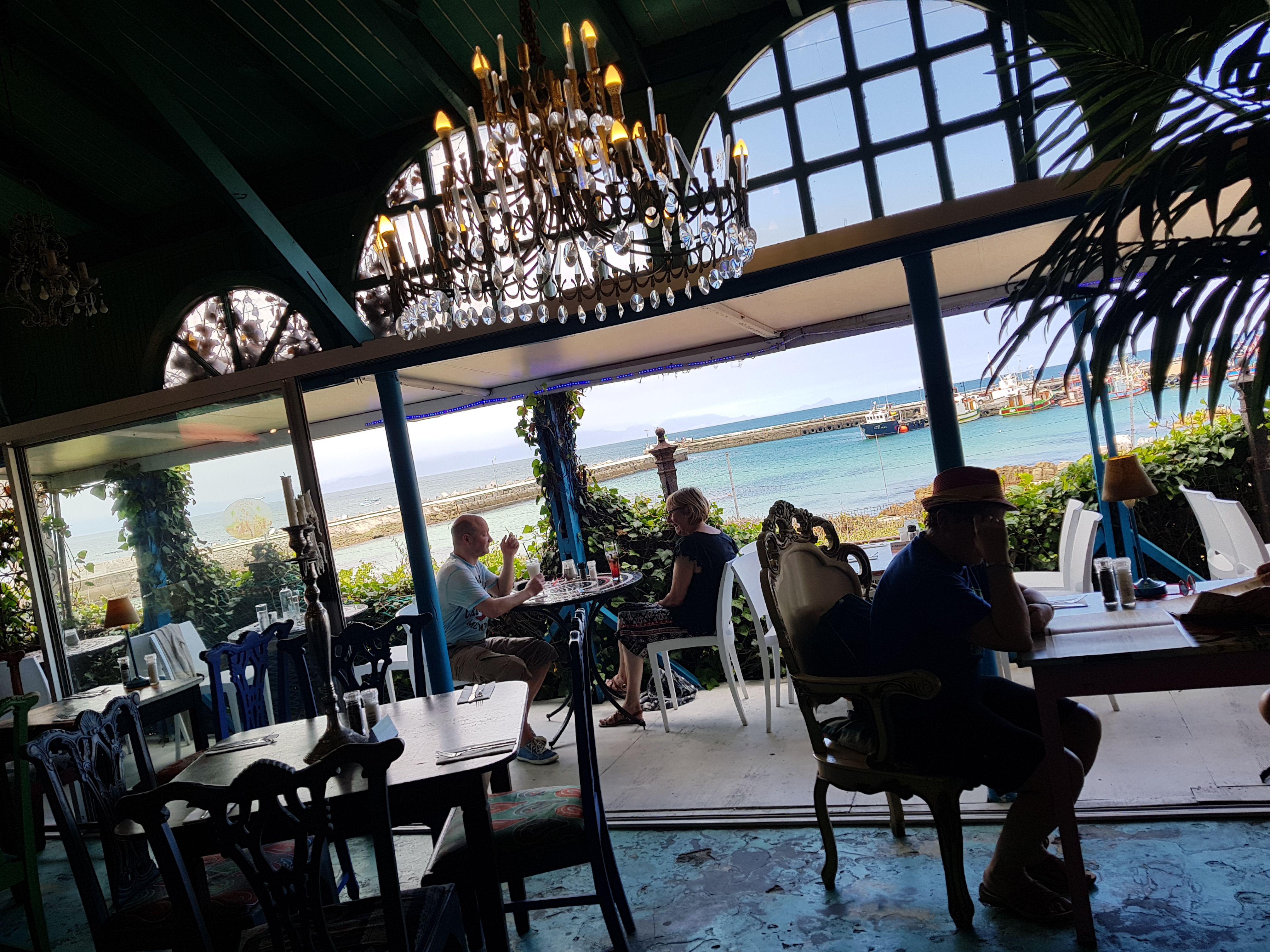 One of the things that was SO unique,
was the menu! It is a newspaper!
So you open it up and get to read the entire history of the venue,
see which "Hollywood" stars have visited,
and then choose your meal!

I think it was a SUPER COOL concept!! 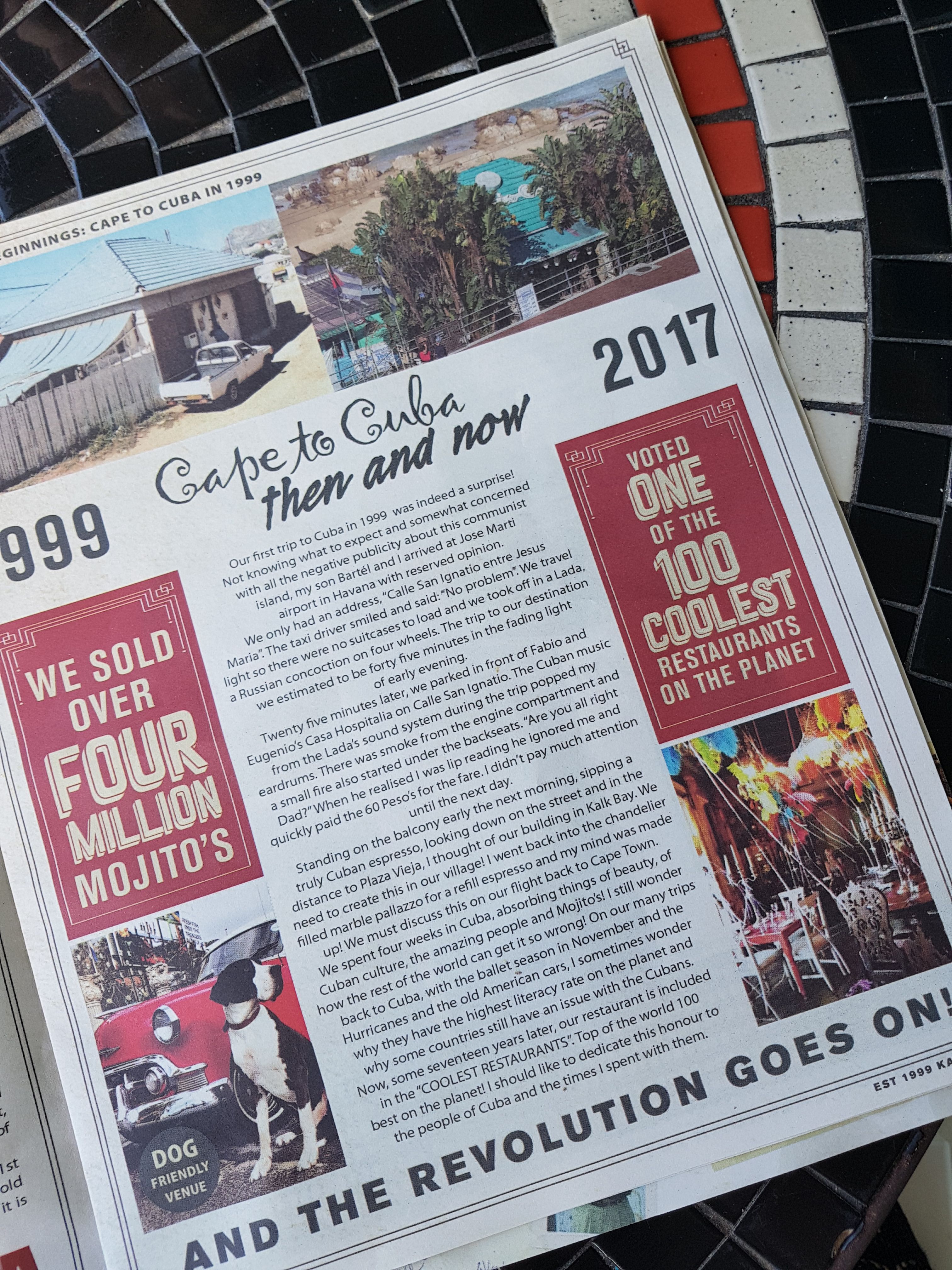 Now normally,
I sit staring at the menu for ages...
unable to decide what to eat!
But this time I was in for a Jaynie Jackpot!
hahaha!

I spotted what I wanted IMMEDIATELY!

and that was the Paella in a Pan
which consists of -
fish, calamari, mussels, prawns, chorizo sausage,
chicken and peas tossed in spiced rice

IT WAS SIMPLY MAGNIFICENT!!!!! 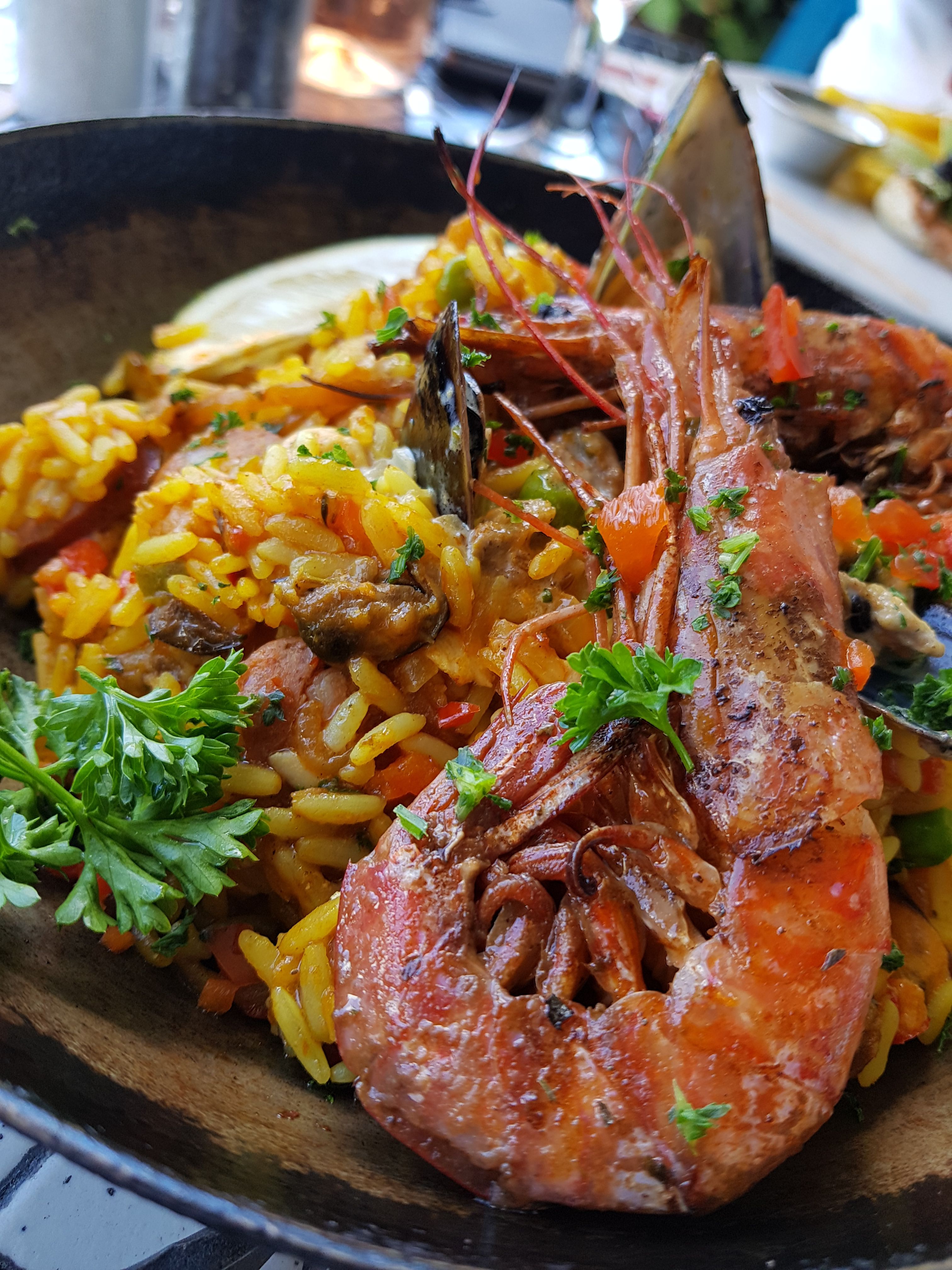 Dave had a burger...
Booooooooooring!!!! lol
Although I must admit, it did look damn tasty!

It was the Diablo Rum Burger
which consisted of -
A deep fried Cuban roll, two pure sirloin patties,
jalapeno, bacon, dill cucumber, mozzarella,
tomato, lettuce, sriracha and a rum sauce on the side... 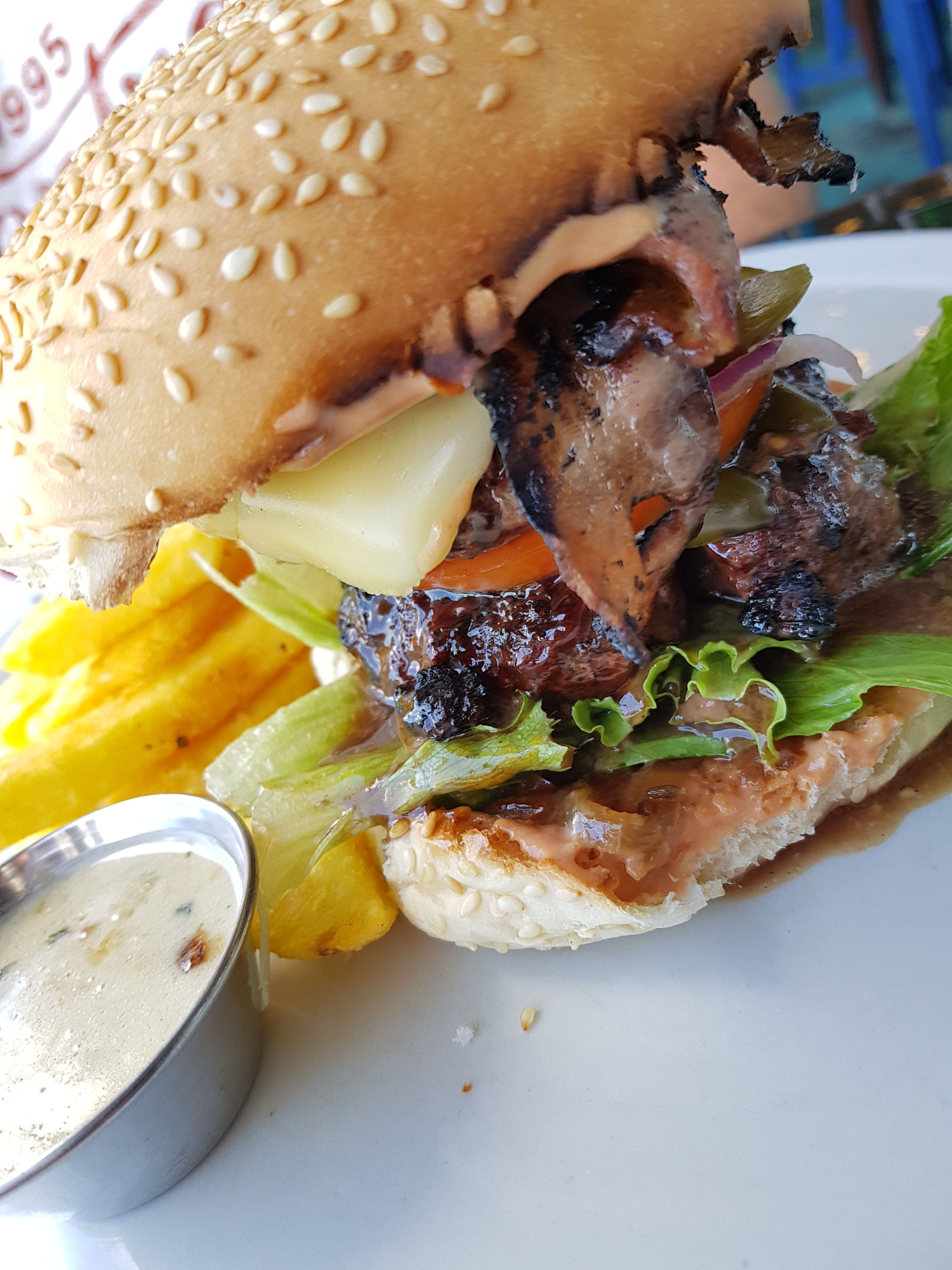 And then some water...
you know....
to compensate! haha!
And LOOK!
It's NOT made in China
South African Products FTW! hehe! 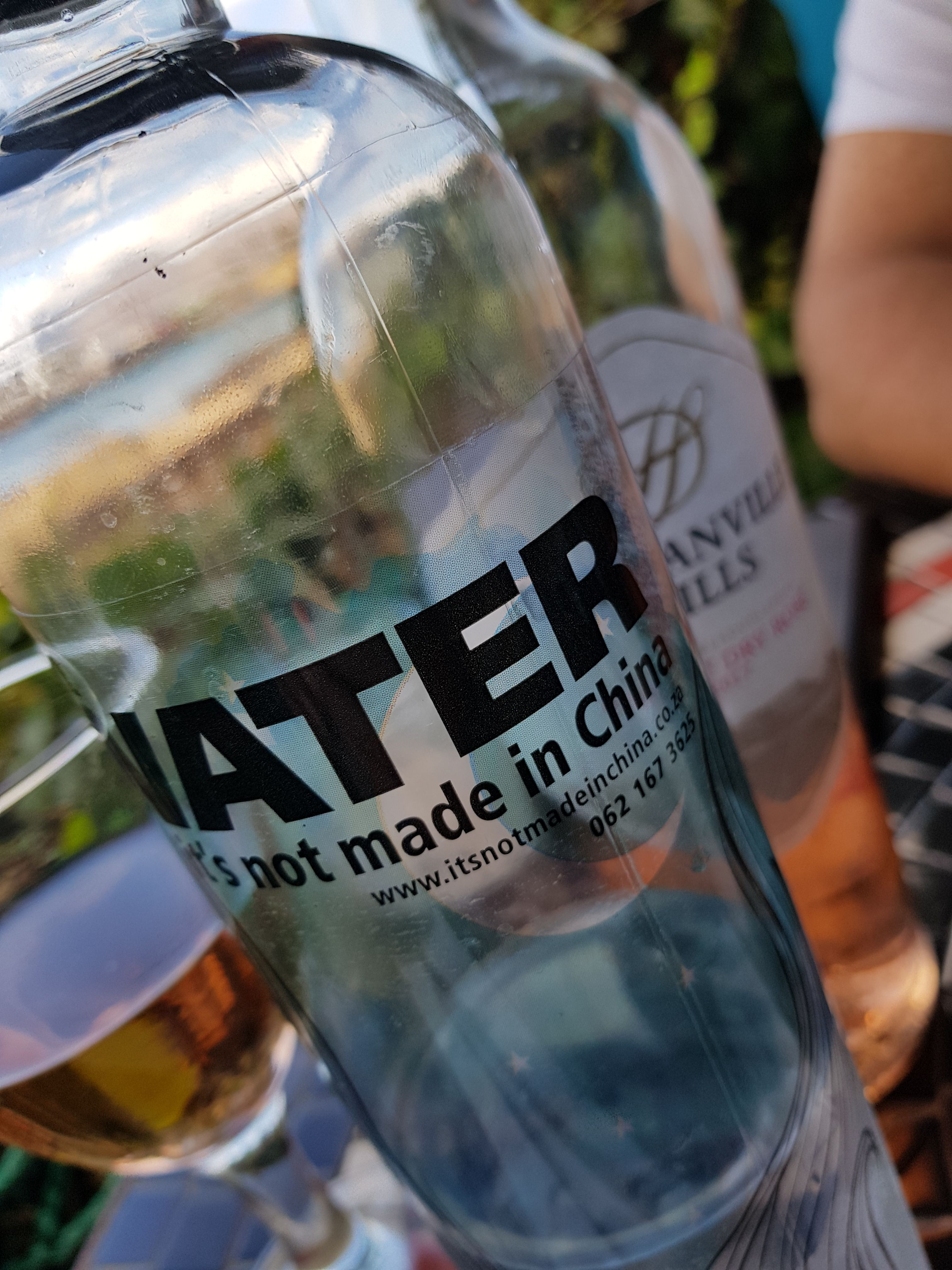 Time for some more
photographic exploration
before dessert.... 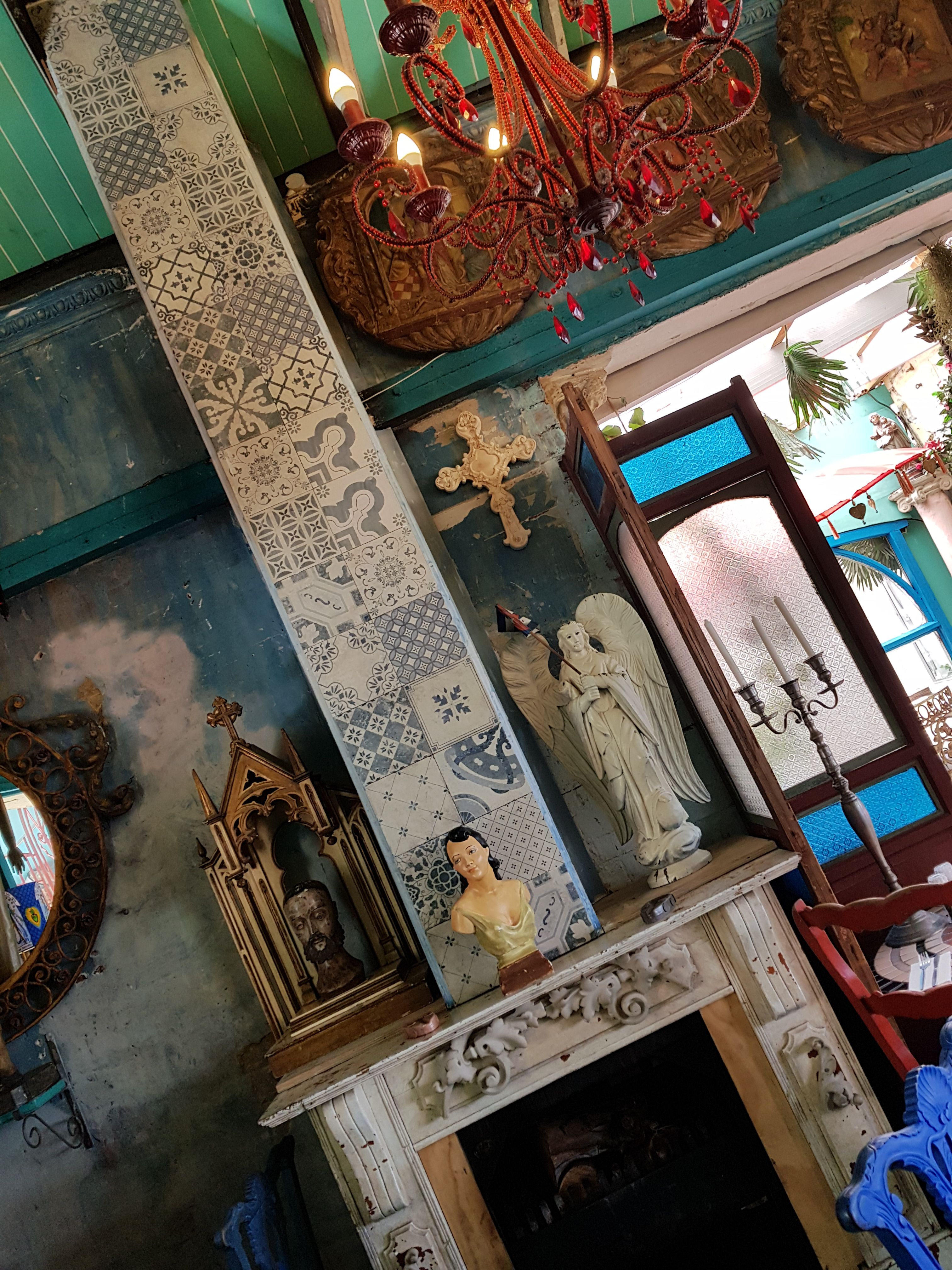 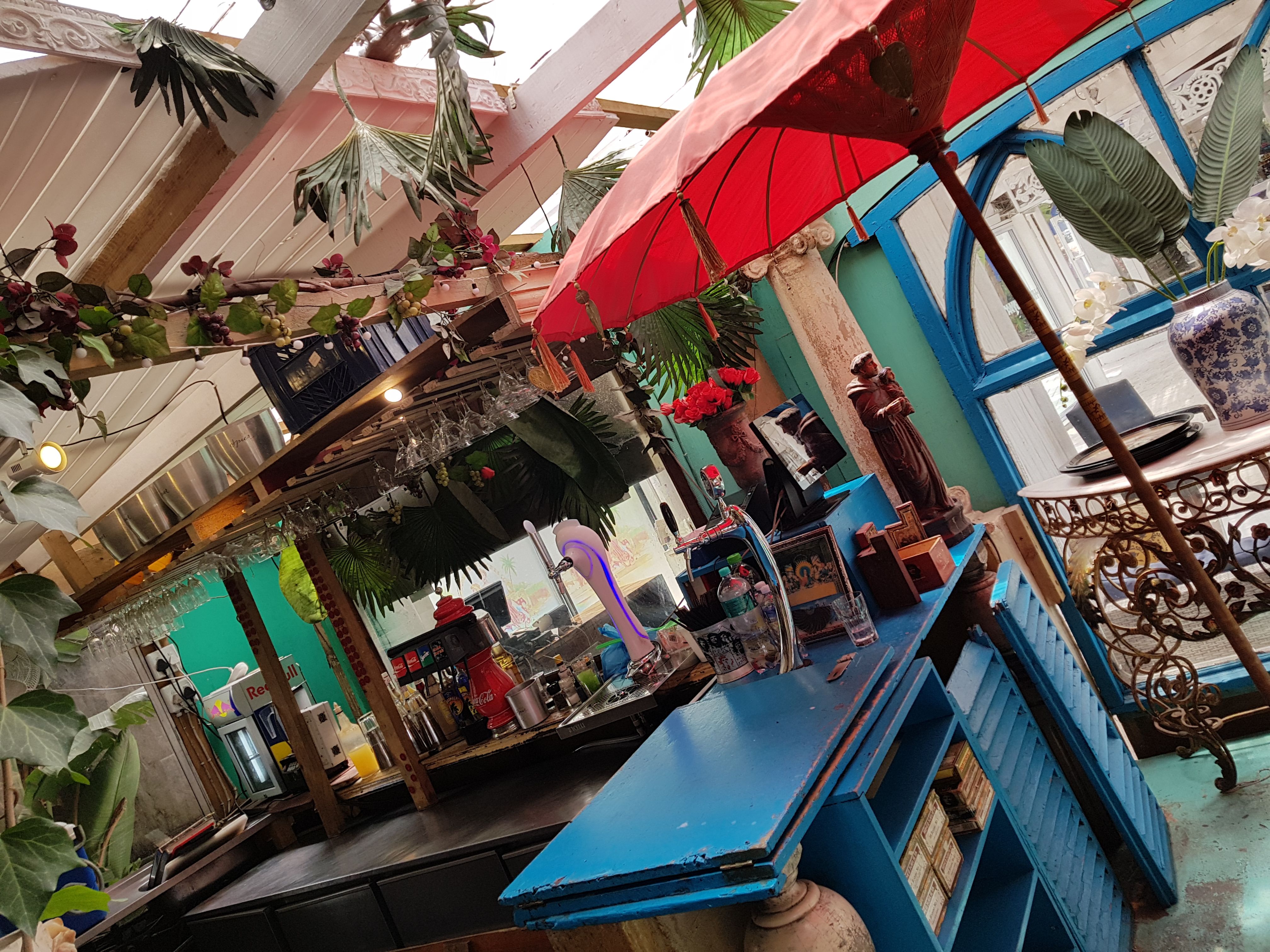 Dessert had arrived and it was
SUPER DECADENT!!

It was the Lindt Cohiba for two
which was a chocolate cigar ashtray,
with chocolate coated cigars, ice cream,
and two shots of Jagermeister, Amarula or 7 year rum. 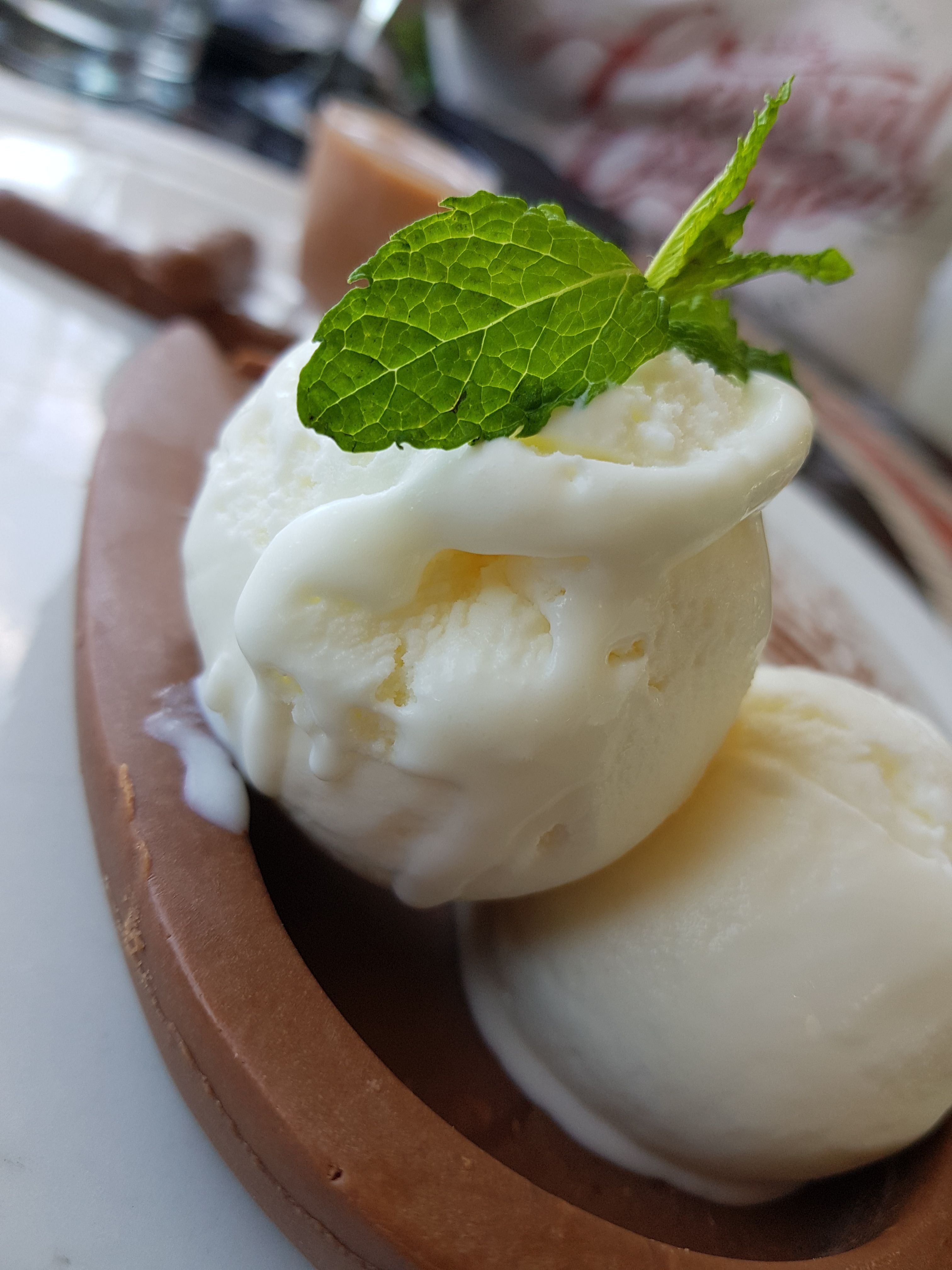 After so much decadence,
I had serious doubts that I was even going to be able
to get up from the table
hahahaha!!!
(no really!)

So I decided to vegetate a little longer
and blow kisses at all of you instead! A community of individuals who are dedicated to producing quality content
which adds value to the Steem network and beyond.

Connecting the people of #STEEM across South Africa. #steemsa

ALL IMAGES ARE MY PROPERTY UNLESS OTHERWISE CREDITED

Submit
0.00 LIFESTYLE
240 votes
15
Authors get paid when people like you upvote their post.If you enjoyed what you read here, create your account today and start earning FREE STEEM!
Sort Order:
[-]
donald.porter (64)  ·  2 months ago (edited)

Great post... thought you were only 90 miles away from
@reggaesteem in Negril, Jamaica 🇯🇲 😉

But it’s a themed restaurant 🤦🏽‍♂️

Different theme makes it fun @jaynie have not seen a Cuban styled restaurant over here before.

oh man @joanstewart... that paella was DIVINE!!!! In fact everything was!

Amazing post @jaynie!
Great view, delicious food and such a cool environment, what a life!

Thank you honey! It is a super place indeed!

My word @jaynie, this place is awesome! I would be so captivated by the decor it would take me forever to order, lol So fun!!!!!! Love the newspaper menue, genius!! Who would think of that. And of course the dinner, oh dear, it looks delicious, I hope you kicked your feet up and stayed for quite a while! This is my kind of restaurant! :) Cheers my friend!

hahaha yes it did take me forever to order! :D

The food looks amazing, and so do you :)
I am not so sure I'd enjoy the decoration, though. Too many "revolution" themes, including the waiter's hat (paradoxical when we consider the owners are profiting from the capitalism those who celebrate the revolution have hypocritically demonized for decades, and which runs counter all the revolutionary iconography).
It's great, though, that they can offer cuban cuisine to other parts of the world. Hopefully one day local cuban will be able to enjoy places like this one in their own land. They do have great places in the island but for tourists only.

Oh I hear you... didn't really think about it from that perspective and the owners probably didnt either... but as for the food, yes it was indeed amazing!

Congratulations @jaynie! You have completed the following achievement on the Steem blockchain and have been rewarded with new badge(s) :

You can view your badges on your Steem Board and compare to others on the Steem Ranking
If you no longer want to receive notifications, reply to this comment with the word STOP

To support your work, I also upvoted your post!

Vote for @Steemitboard as a witness to get one more award and increased upvotes!

You're so lucky to be in such an amazing place; I just love that Cuban place...

Yes indeed... we are very blessed here in the Cape

Congratulations! Your high-quality travel content was selected by @travelfeed curator @worldcapture and earned you a partial upvote. We love your hard work and hope to encourage you to continue to publish strong travel-related content.
Thank you for being part of the TravelFeed community!